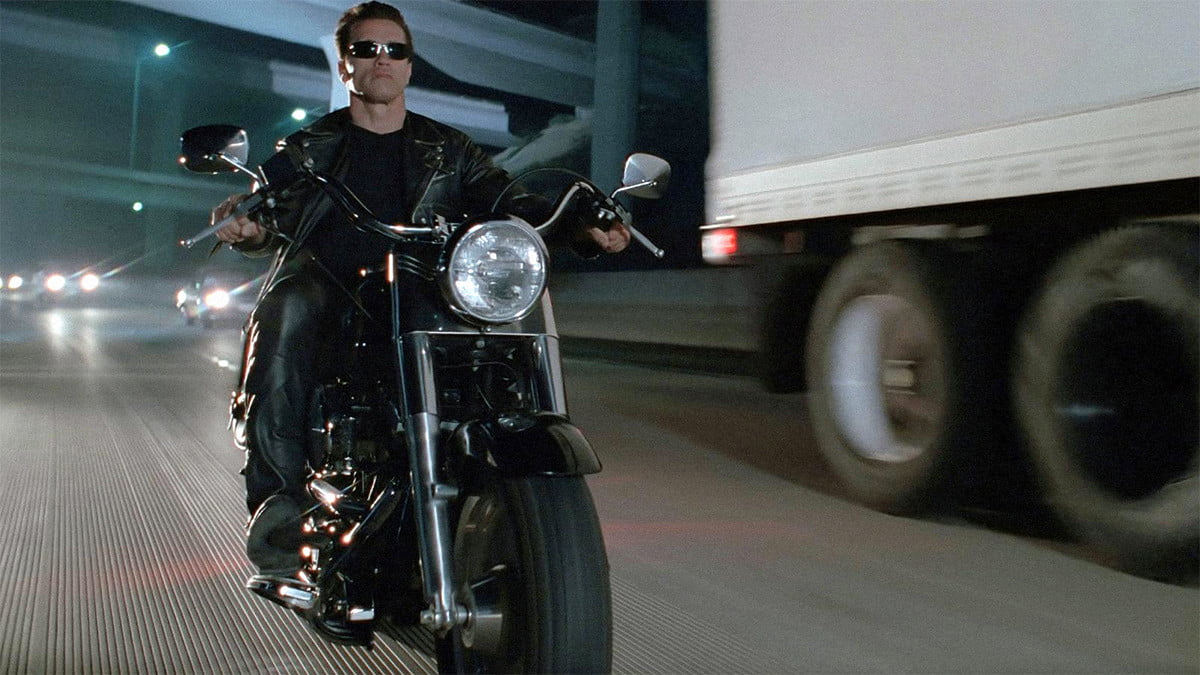 By: admin In: Motorcycles

The Harley-Davidson Fat Boy Arnold Schwarzenneger rode in the 1991 Hollywood film, ‘Terminator 2: Judgement Day’ sold for $480,000. The motorcycle’s sale was handled by Profiles in History as part of its “Icons & Legends of Hollywood” auction, which ran from June 5-8. The bike was originally estimated to sell for anything between $200,000-300,000, but finally it sold for almost twice the estimated amount. The original motorcycle used in the film is believed to be in good condition, and the new owner’s identity has not been disclosed yet.

Here are a few scenes from the film where the Harley-Davidson Fat Boy was pictured:

The Harley-Davidson Fat Boy is one of the most popular models from Harley-Davidson, at least in the 1990s, and it went on to become one of Harley-Davidson’s largest-selling models after Arnold Schwarzenneger used it in the film. The bike first makes an appearance in the film when Arnold’s character enters a biker’s bar to choose a convenient mode of transportation. He picks it up from the parking lot and rides away, and later in the film, the same bike is immortalized in one of the most iconic motorcycle stunt scenes when Arnold’s character jumps the Fat Boy over a bridge into a Los Angeles storm drain.

The Harley-Davidson Fat Boy was used in several scenes in the film, including a few stunts, including the jump and burn-outs. The auctioned bike is said to be in very good condition, with less than 1,000 km on the odometer.

End of the road for traditional vehicles? Here are the facts
PREVIOUS POST