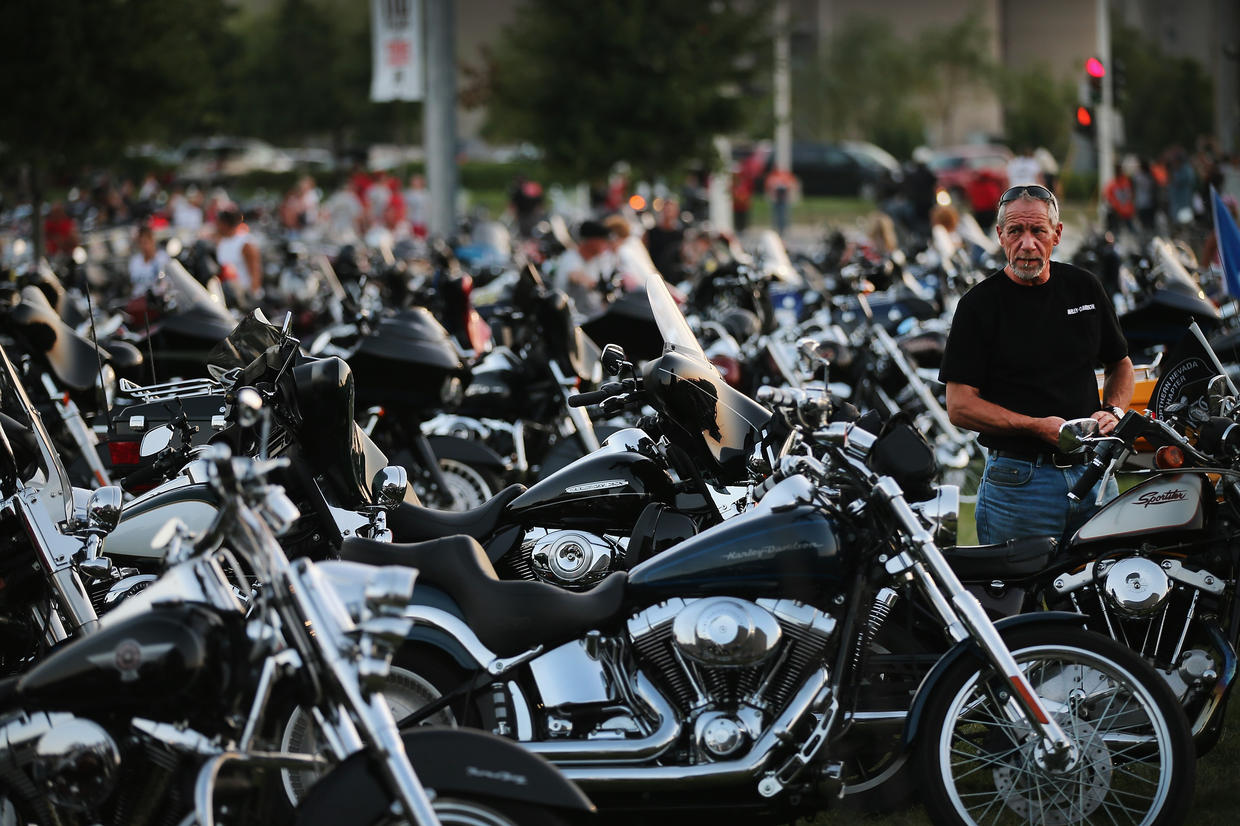 One of the iconic American companies caught in the crosshairs of President Donald Trump’s international trade war is Harley-Davidson Inc (NYSE: HOG). HOG stock is down nearly 9 percent in the past five days and 20 percent year-to-date, and analysts say there’s still too much uncertainty for long-term investors to buy the dip.

Trump implemented tariffs on European steel and aluminum earlier this year, prompting the European Union to respond with its own tariff on motorcycles made in the U.S. On Monday, Harley-Davidson said EU tariffs on imported motorcycles have jumped from 6 percent to 31 percent, or roughly $2,200 per motorcycle. Tariffs in Europe are now so high that Harley-Davidson says it is shifting some production overseas.

Trump fired back at Harley-Davidson on Twitter Tuesday morning, threatening the company in a series of tweets.

A Harley-Davidson should never be built in another country-never! Their employees and customers are already very angry at them. If they move, watch, it will be the beginning of the end – they surrendered, they quit! The Aura will be gone and they will be taxed like never before!

Following Monday’s disclosure from Harley-Davidson about the impact of the new European tariffs, CFRA analyst Efraim Levy lowered his 2018 Harley-Davidson earnings per share estimate by about 4.1 percent from $3.60 to $3.45. Levy says Harley-Davidson’s 2018 business will certainly take a hit, but shifting production overseas may not be necessary.

While we see a potentially greater cost impact in ’19, we are not yet adjusting our EPS projection, as we think there could be a resolution before ’19 to mitigate the profit impact

At this point, CFRA is not including potential costs of Harley-Davidson shifting its production abroad. “The production shift outside the U.S. would be an ironic response to the Trump administration’s trade policies given its desire to increase U.S. manufacturing activity and jobs,” Levy says.

HOG stock has suffered so far this year, but unless the trade war drags on into 2019 or escalates further, Levy sees limited additional downside.

CFRA has a “hold” rating and $47 price target for HOG stock. 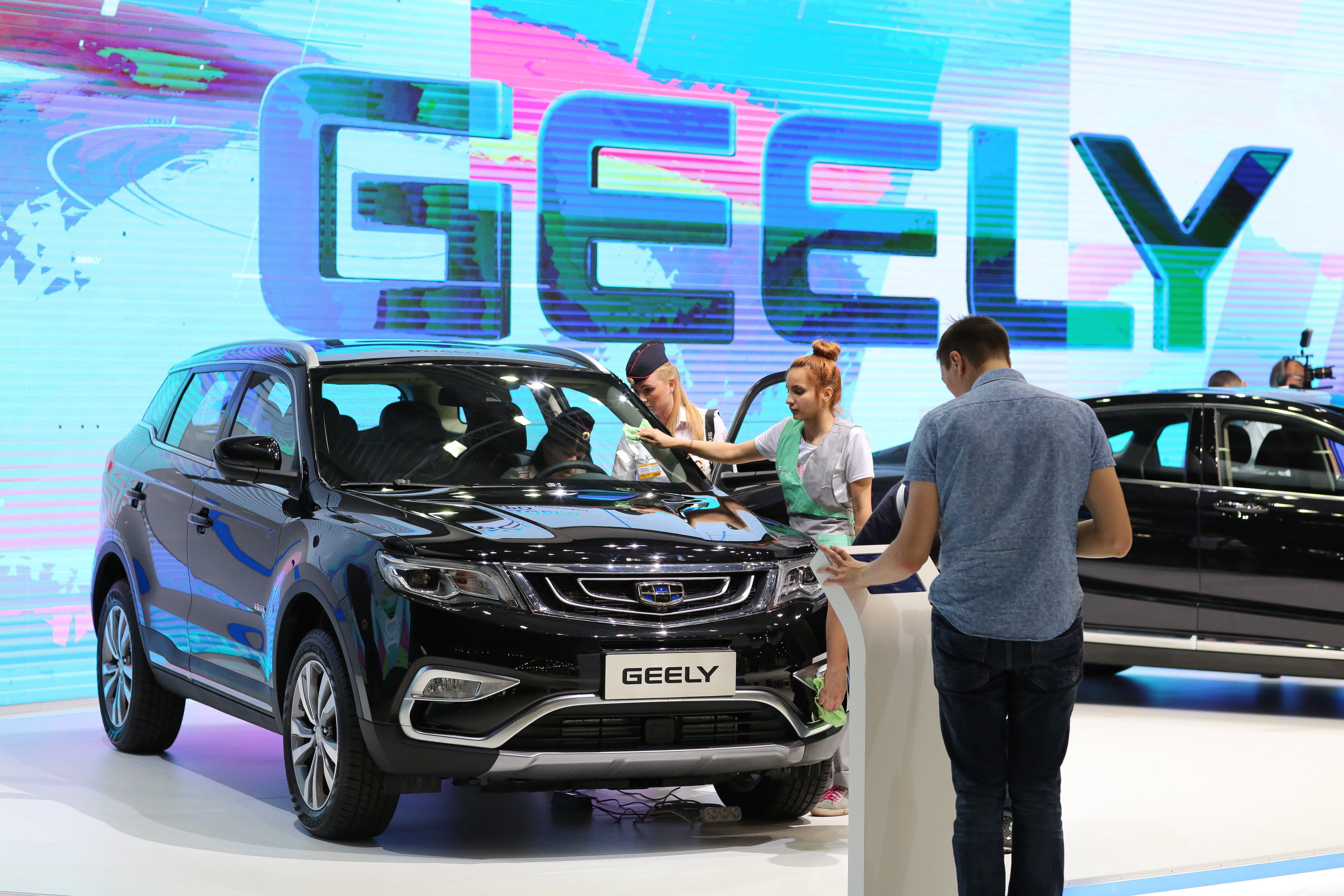 China’s protectionist laws are currently being relaxed when it comes to electric vehicles, but there are still some rigorous restrictions. For example, Chinese electric vehicles need to be powered by Chinese batteries.

A new report now shows that Geely found a workaround for Volvo’s electric vehicles by using Korean batteries made in China and the competition isn’t happy about it.

China has some of the most generous electric vehicle incentives in order to accelerate EV adoption in an attempt to curb their air pollution issue.

But for a vehicle to be eligible for those incentives, it needs to be approved by authorities and for some subsidies, it includes being manufactured in China with Chinese batteries.

According to a report from the Wall Street Journal, Geely set up a subsidiary called Zhejiang Henguyan, which licenses and makes the exact same high-end batteries made by LG Chem in Korea.

“A Geely spokesman confirmed that it struck a deal late last year to license LG battery technology, and that LG Chem has helped Hengyuan set up a production line. The batteries will also be used in cars made by another Geely brand, Lynk & Co., the spokesman said.

“This isn’t the use of a loophole or a back channel,” he said, adding that other companies “with the proper foresight could realize and create the same deal if required.”

Yet, other foreign companies are now complaining to the government claiming that it is an unfair a

While it’s unclear if it’s actually a loophole that needs to be fixed or simply something that the rules actually encourage since the batteries end up being produced in China. However, foreign companies claim they can’t do the same as Volvo because the Swedish automaker is unfairly treated due to the Chinese connections of its Chinese owner Geely.

Volvo CEO Hakan Samuelsson admitted last year that Geely allowed them to get control over their business in China:

“This is our second home,” Mr. Samuelsson said in response to a Journal question during a round-table interview last year. “We are the only [foreign auto] company that really has control over business” in China.

It looks like the tension is increasing as China’s ZEV mandate is starting next year and foreign automakers want to solidify their place in the biggest auto market in the world.